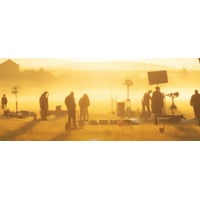 Filmpeople, the network for film and television makers, has launched a new site called Filmpeople.com. On Filmpeople.com you can create your filmmaker profile, read news and post messages for the film world.

Filmpeople is known for the sites of Filmnieuws, Filmvacatures, the Film industry Guide and Filmstart. Every day several thousands of filmmakers, actors and interested parties from different countries use these useful websites for the film world. The renewed start page of Filmpeople.com has now been added.

International filmmaker network
The launch of Filmpeople.com marks the start of the roll-out of the international filmmaker network. At the moment it is already possible to visit the site with a focus on Dutch, Flemish, English or European news, profiles and messages. More countries and regions will be added in the future. With a new design, a lot of attention for the filmmaker profiles and an automatic English translation of all messages and profiles, the site is ready for a large target group.

New subscriptions, now temporarily with a 40% discount
With the launch of the new site, the Filmpeople subscriptions have also been adjusted. With a free account you can now post more photos and videos. With a paid subscription you can keep your production list up to date and create a very extensive profile. Additional functionalities will be added in the near future. More on that later.
Not yet a member? Until December 28, 2022 you can take out a new subscription with a 40% discount. Get this discount by using the following code when choosing your plan: FP40

We recommend updating your profile soon. Are you not yet registered and are you working in the film world or are you interested in film? Then create an account via filmpeople.com

report NOT OK send to a friend send a comment